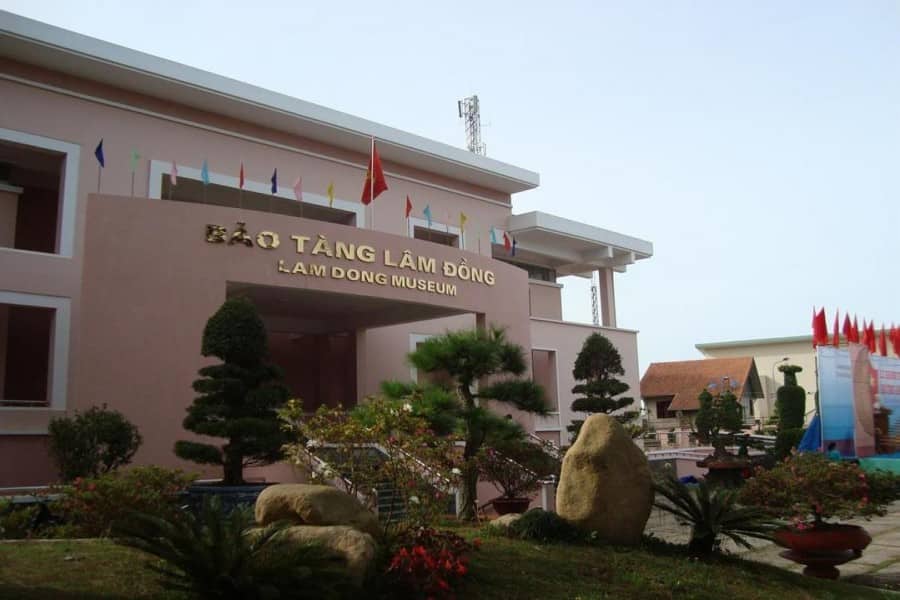 It is on Hung Vuong street, 3 km from Dalat center. Formerly, it was the villa of the rich landowner Nguyen Huu Hao (Bao Dai’s father-in-law) then the villa was given to Queen Nam Phuong. 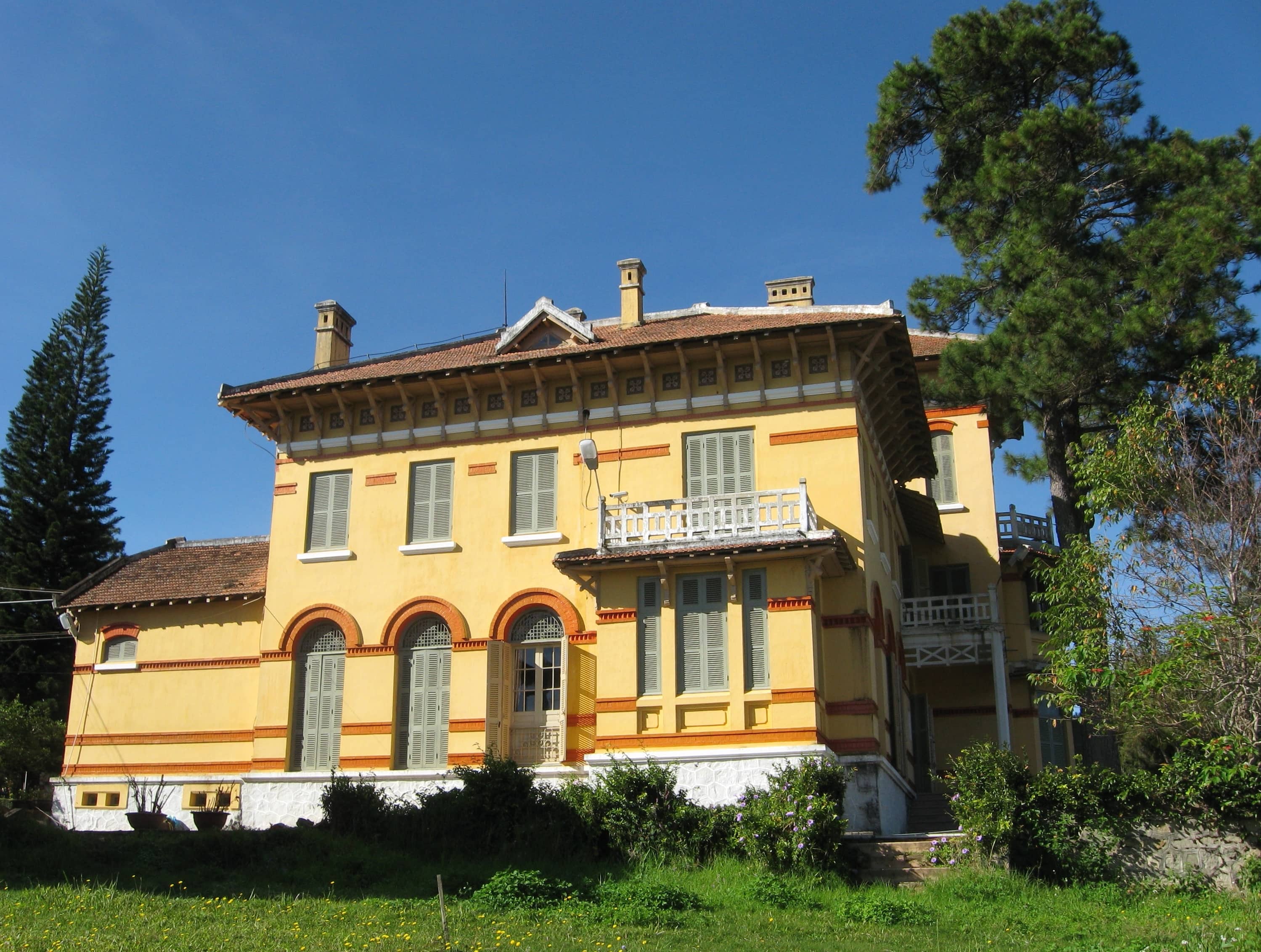 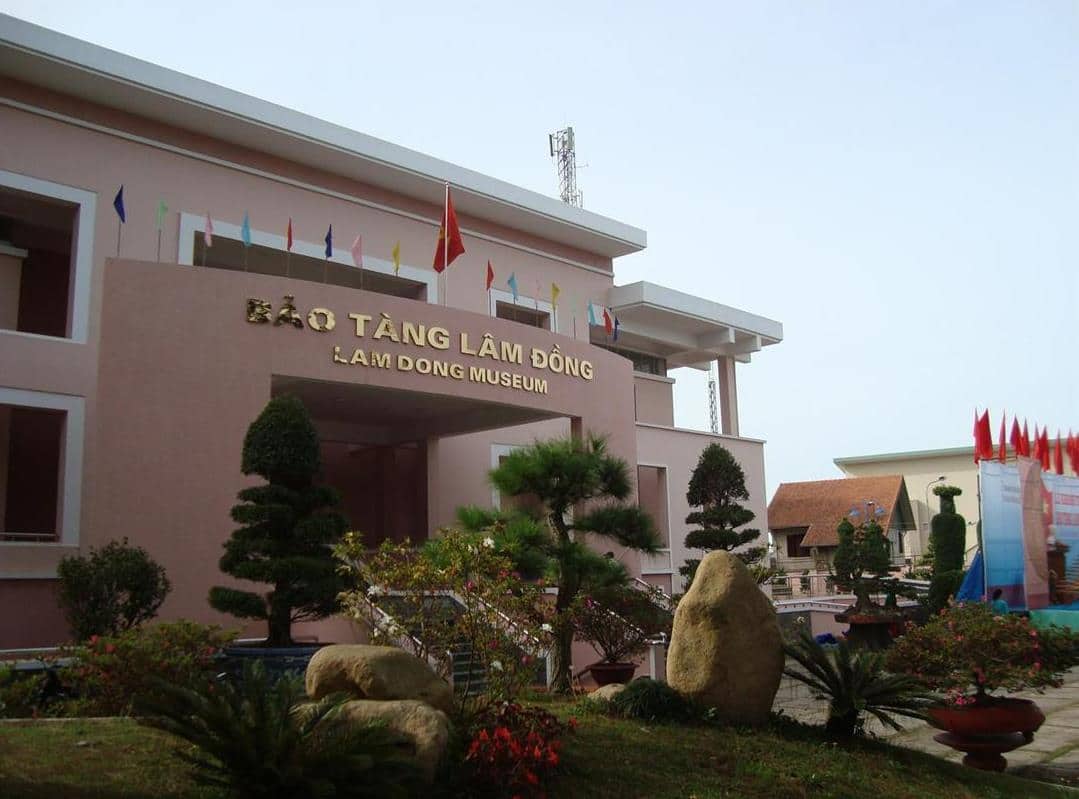 There is a display of many precious things of history, culture, religion, costumes of local people living in Lam Dong and some things found in the archaeological research in Cat Tien. 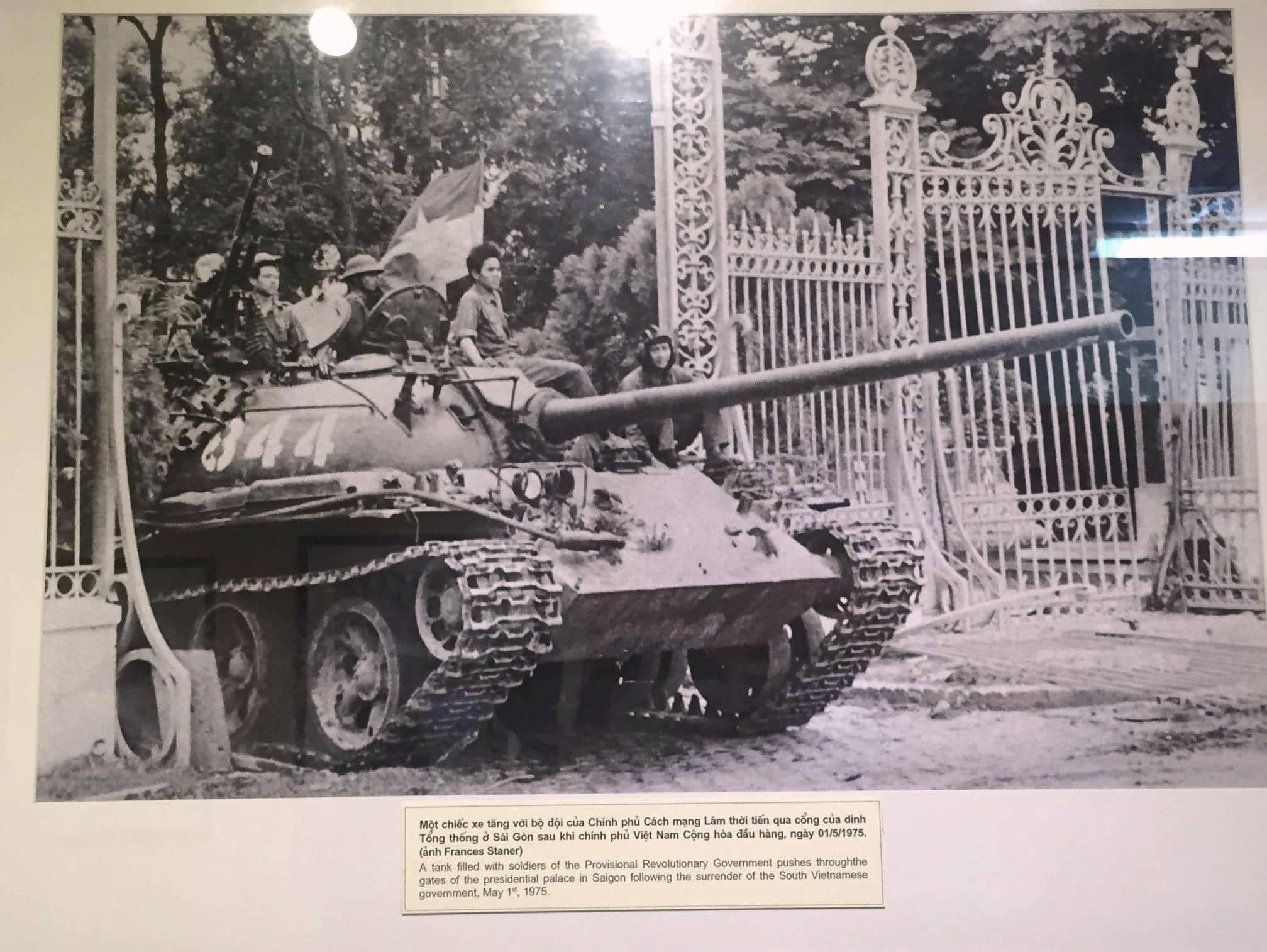 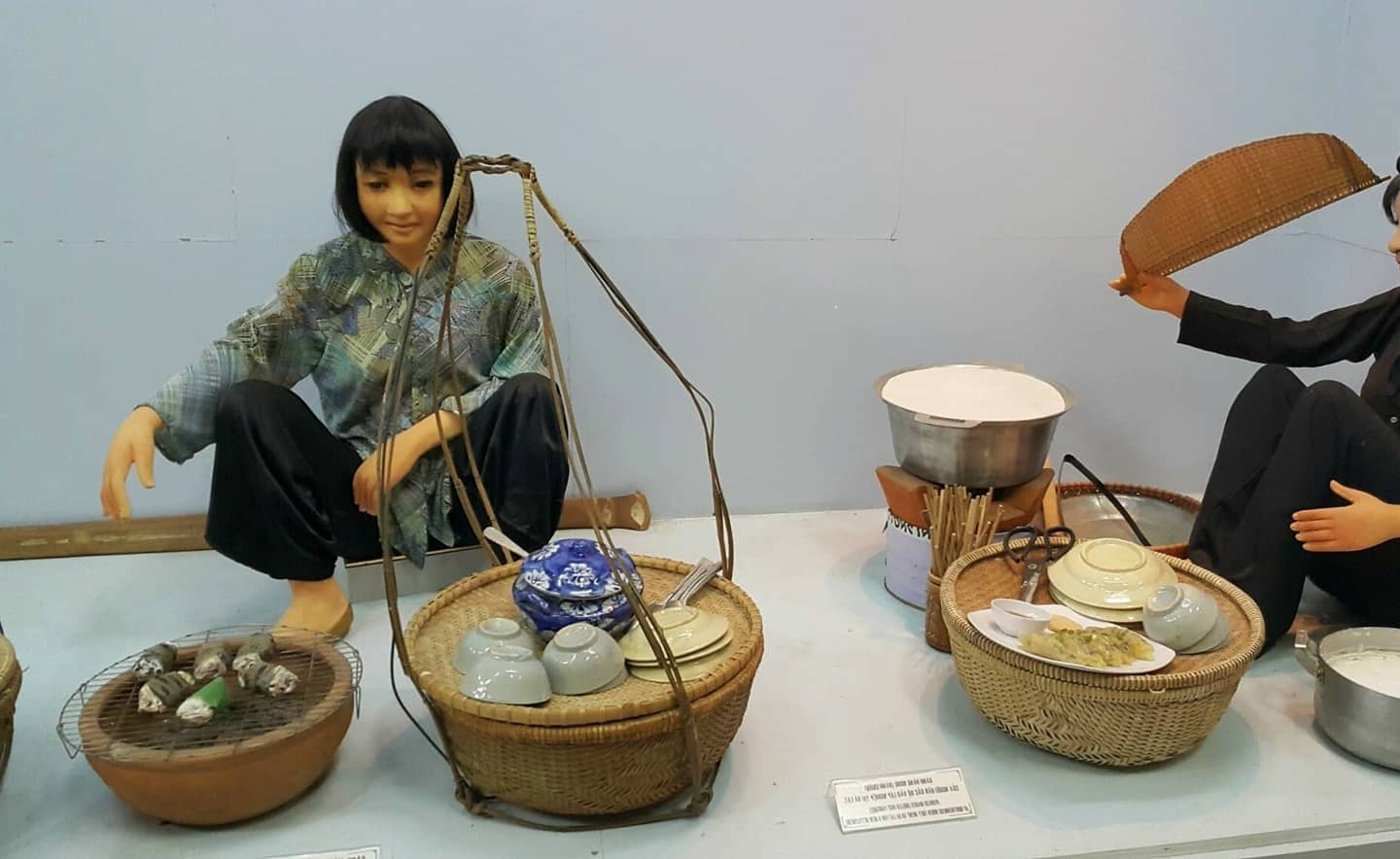 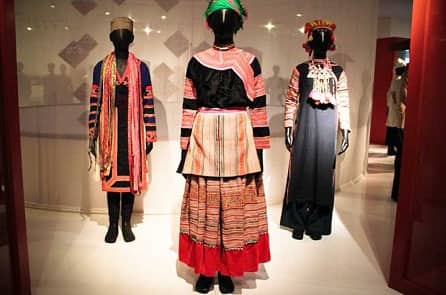 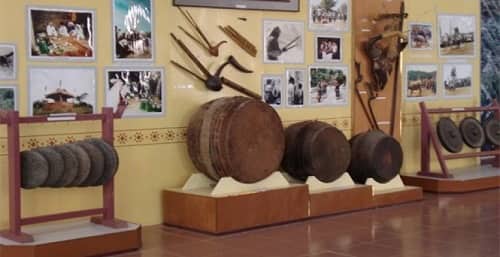 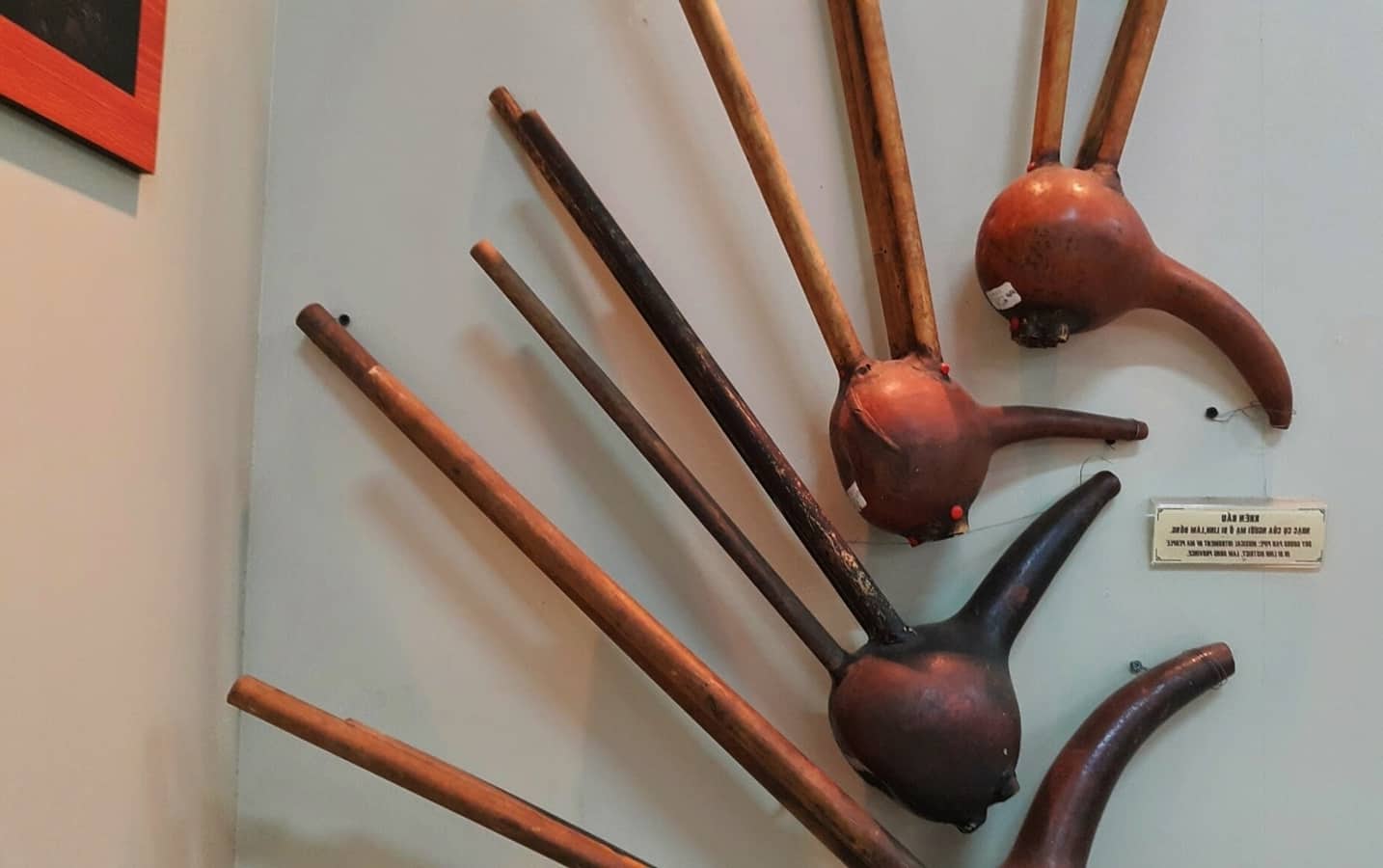 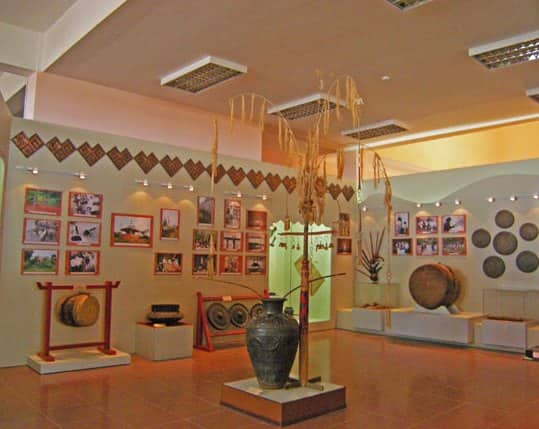 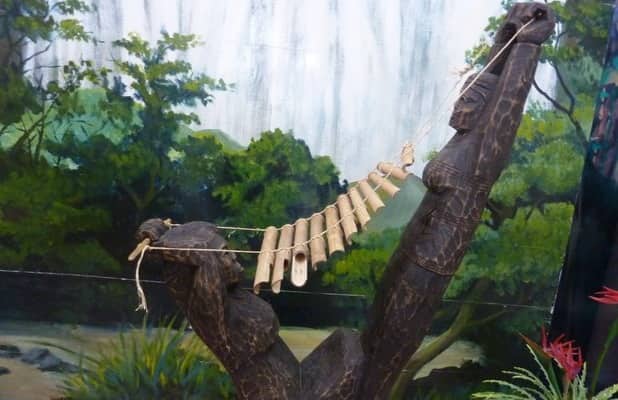 Lam Dong Museum has many interesting things that you shouldn't miss it on your travel trip.

The Lam Dong Museum is located on a high hill at 4 Hung Vuong Street, about 3km northeast of Dalat city center.

The Lam Dong Museum is a place to preserve, present and present traditional and local artifacts, especially those that reflect the traditional culture of Lam Dong. The Lam Dong Province Museum is located in the old Mayor's Palace, on the top of a very romantic and romantic hillside named "love road". Since the facility was transferred to the military management, the museum was suspended from operation in October 1990. On December 22, 2006, the activity returned to serve visitors at the hill "Winter villa" which is the residence of Nguyen Huu Hao built his daughter Nam Phuong Queen.

Like all provincial museums, Lam Dong Museum has the task of collecting and introducing archaeological and ethnological studies and discoveries; The exhibition presents the history of the land formation and the revolutionary struggle of the Party, authorities and ethnic people of Lam Dong province. Currently, the Museum of Lam Dong has a total area of over 2,000 m2. With two spacious floors, the regular display system consists of 6 parts: Nature Lam Dong; Da Lat ancient and present; Archaeological findings in Lam Dong; Cultural characteristics of three indigenous peoples: Ma, K'Ho and ChuRu; Soldiers and people of Lam Dong during the two wars of resistance against French colonialism and American imperialism; Lam Dong in the construction and protection of the homeland (from 1975 to present), including some current specialty products of businesses such as tea, flowers, wine ... At the Exhibition House (about more than 40% of the 15,000 existing artifacts in the Museum), rich content and rich display by applying the modern technology of light and sound. There are 10 films documented, illustrated, introduced and promoted; Electronic book so that visitors can self-access to find out deep information. Some of the topics are displayed in typical combinations such as Da Lat old clothes; a Culinary culture of Da Lat people; The life of the soldiers at the base of Mount Elephant in resistance; The upland fields include the hunting and gathering of the indigenous people of Ma, K'ho and ChuRu.

Not only a simple museum, with the intention of diversifying activities to attract visitors and tourists, Lam Dong Museum has gradually shaped itself as a cultural center, a point to the culture of Lam Dong Province. The four pavilions of the indigenous peoples, Ma, K'Ho and Churu, were collected and restored. There is also a place to introduce some traditional activities such as making pottery, weaving, brocade weaving ... or organizing festivals such as buffalo, gong, drinking wine on the holidays, Tet, special anniversary ... Visitors can experience many games, participate in cultural activities in the occasion of organizing these festivals.
The Stone Age is 3000 years old today

The Lam Dong Museum has been making efforts to create a unique attraction. I am particularly impressed by the four permanent galleries with the themes of Lam Dong nature, archeology, ethnology and Dalat history. These can be seen as extremely lively, attractive spaces show the very creation of the Lam Dong Museum staff. In the gallery about the history of the formation of Da Lat City, the model of migrants from all regions to Da Lat in the last century and living in different occupations has given me a special feeling. The scene simplicity that very close to normal life such as the mother in the North selling buns, a woman in the middle of the baked banana, a girl in a dress shirt and a pair of school sweater. The most favorite is a mannequin dumpling, which is stuffed with straw, pulling a chariot with a whipper rod that impresses me when entering this gallery. Because Da Lat is a tourist city famous dream because apparently to this city without climbing the carriage stroll in the valley of love is considered not yet to Da Lat. It is a very cultural scene of the city of this peach blossom. The Museum of Lam Dong has boldly put that model on, making it impossible for visitors to visit Dalat and Lam Dong. , deep, overall about Da Lat and Lam Dong.

Exhibition of horse carts and residents of Da Lat city.

At the villa of the last empress of the Nguyen Dynasty - Nguyen Huu Hao palace; This mansion was built by Nguyen Huu Hao, the Emperor of the Nguyen Dynasty, in the early years of the 1930s. The family of Mr. Nguyen Huu Hao, at the same time witness many important events in the life of his former grandfather. The Lam Dong Museum studied the material and restored it, introduced it as part of the Museum. Three-storey ancient villa with a total area of about 500m2 has become a development 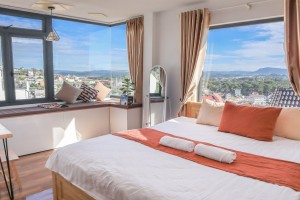