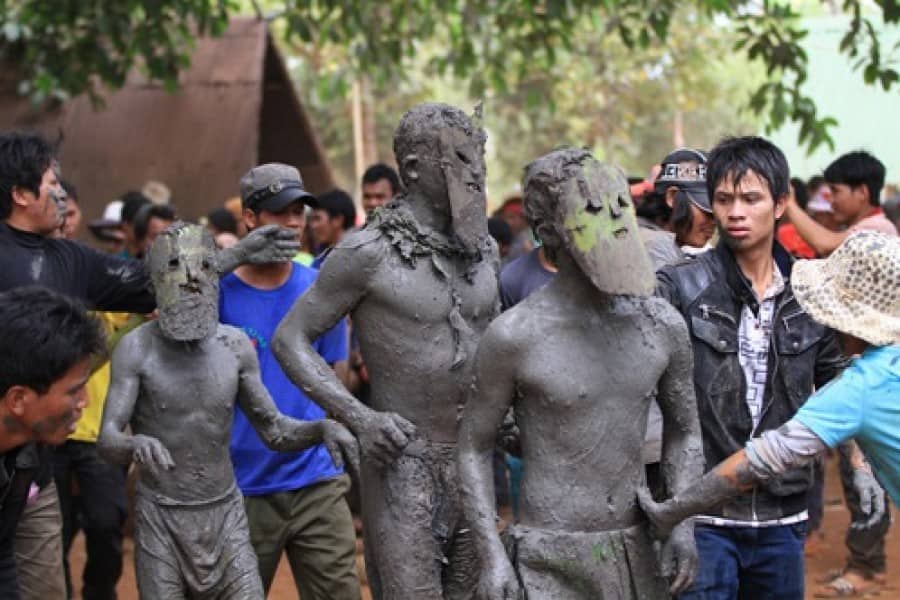 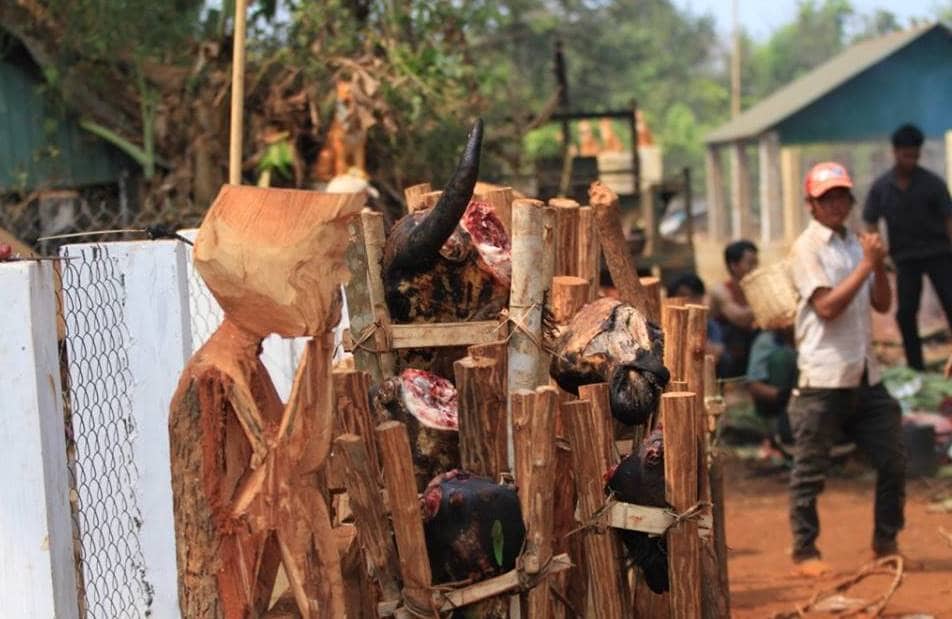 In the treasure of folk culture of the Western Highlands, the grave leaving festival of the Gia Lai and the Bana in Gai Lai gathers all of the most essences of the cultural festivals of the Western Highlands. For the Western's opinion, only after the grave leaving festival, the dead person doesn’t have relation with the alive people anymore and then he/ she can return with his/ her ancestors so after years burying the dead person, people organize a festival to leave the grave with great religious services. Before the day of leaving the grave, they go into the forest to choose the best wood to take to the grave. Young men train to play the gongs, Young women make beautiful clothes, train to dance beautifully, old people carve statues. All villages enjoy the festival atmosphere in the sounds of gongs during a few days. 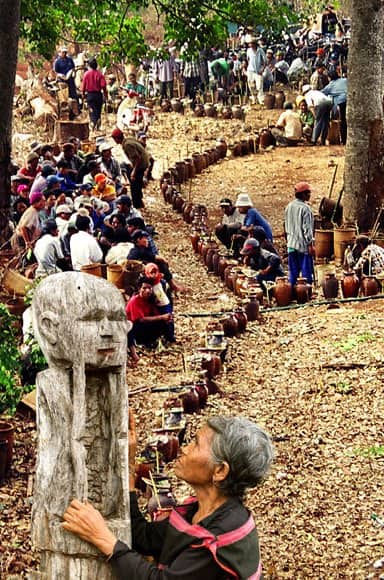 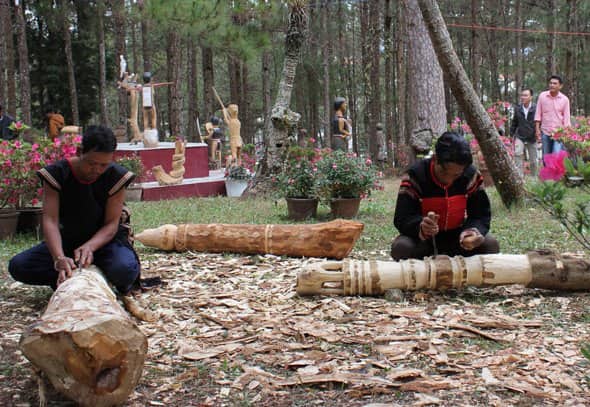 Y Phi Mien, a village elder of A village, Ea Soup district (Dak Lak province) said that the ceremony was abandoned for a long time, associated with the spiritual life of the Central Highlands with the world of the deceased. According to the opinion of the Gia Rai, Ede, people who die for one year or more (sometimes three to five years) will be removed. This is a celebration of the lives of the people who meet and share the last joy with the deceased before they farewell to another world. From here, living people do not have to take care of water every day at the tombs, no annual death knell for the dead. Only after the ceremony, the new life assured that he has fulfilled the obligation to the deceased. Their soul can be reborn in another life, live a new life. Because of this significance, the celebration is the biggest, most joyful festival of the year.

Leaving ceremony has two parts: at home and outside the course, lasts 2 to 3 days. Families of the dead have to prepare sacrifices and then inform the relatives and the entire village to attend. Before the ceremony of cutting the whole month has dozens of wood cutting, hewing statues, do tombs. Ms. H'Tiang (68 years old, Cu Mgar district) said: "Carpentry ceremony is optional, depending on each home. If you are rich, buffalo, cow, pig, chicken, wine, tree. If poor, there must be pigs, chickens, wine. In addition, there are also wooden statues. The elderly die carved images of sitting against the chin imply old age or sitting smoking imply thought, also when sitting T'ninh. And children make two children embracing each other play, young people standing statues ... ".

Leaving ceremony: Breaking up with the dead - photo 1
Gongs in gong ceremony

The property is divided at home then brought to the same gravesite, including precious objects such as gongs, choice, beads, rattles to weapons, tools such as swords, purse ... and other Items in daily life such as pots, bowls, bowls. This wealth depends on the wealth of each family whose death is divided.
When worshiping and dividing the finished goods, to the musical performances, the gongs are beaten up by the old and prestigious people in the village. In the pace of the gong, all the relatives, the villagers from the far village joined in the trouping around the tomb house.

During the holidays in the area, people gathered to eat, absolutely not bring back anything. Buffalo head to eat the last or hanging on the tomb. Before leaving, if there is a tree, plug in front of the tomb, tied a chick to the head of the tomb; It is possible to plant banana trees, pineapple trees ... so that the dead have the "do". Then put the wooden statue in front of the tile. Finally, one of the people said, "We have divided the property. I am with you (sister, father, mother ...) from each other! ", Then dragged together to eat, never return to this again.

Traveling on the plateau with a lot of sunshine and wind, between grass and grass, or under the old moss, we suddenly can meet the statue, silver frog or quietly quiet in the afternoon. If anyone first come to the Central Highlands tombs would have felt like stray into the mosaic of wooden statues. Observation carefully will see these are the artwork and folk architecture of the Central Highlands.

Leaving ceremony: Breaking up with the dead - photo 2
Statue of the tomb
Statues of tombs are usually carved into three groups: The world group consists of human beings, fetuses; Clusters of animals such as elephants, dogs, buffalos, and cows; The group featured scenes of community activities of the Central Highlands people such as pounding rice, hunting ... All three groups of statues blend into a lively life.
Y Bo K'dok (Trai village, Buon Don district, Dak Lak province), said: "Peacock Statue to delight the soul of the dead, the ivory statue praised their power, courage while alive. , also a weapon to protect their soul; Men and women with "tools" to survive in order to advise children and grandchildren to continue to develop clan.

Believers believe the soul is real. After death, the soul still exists, residing in the body of the dead so can still confide and live near the living. Only after the ceremony was over, the ghost of the dead left to go forever. "Death" in the Central Highlands is a cycle of rebirth, seven times before it becomes a dewdrop into the soil.

When starting a new life in the afterlife, the dead will not be able to live peacefully and adequately without missing the tombstone with the grave, the riches of life divided by. Therefore, the people attach importance to preparing the dead for a "new life", with the desire to be happy, full of people. Interestingly, after the ceremony, everything that belongs to the world of the dead has no meaning to the living. This is a unique feature in the spiritual culture of the Central Highlands.